Printed with permission by Kenny Frost 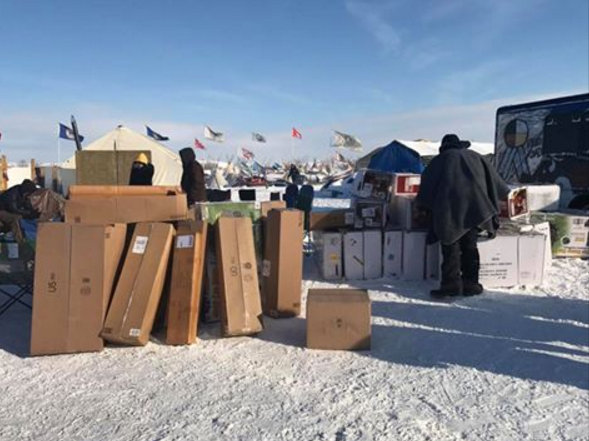 Well, bright and early this morning we were allowed to get our packages which never came to our shipping address of Sacred Stone Camp.

I’ve been called a liar by a few. As, I stated yesterday. These packages of heaters, cots, generators, hand warmers, space blankets and the list goes on for Sacred Stone Camp, the Big Camp, Red Warrior, and others are housed here.

If many of you know me. I believe everyone, including tribal government, leaders must be held to a high standard. People lookup on them for leadership.

Why was our people of water protectors ~Defenders and Vets asked to leave immediately.

A certain meeting was held very quietly with those of pipeline. I did receive confirmation as we had guessed this might have happened.

Part of agreement was to have water protectors ~defenders and vets vacate the big camp.

This is why the announcement was abruptly for everyone to leave!.

If, I was the chairman and people came to support me. I would have a traditional meal. Thanking everyone for coming supporting and perhaps gave gifts to all who came with a closing prayers for all who came with a safe journey. But at the end I would have told everyone in a year, we have a big celebration for everyone to come back. This is me however as I was raised traditionally.

I am happy. We got our packages back. People depend on these supplies. We must take care of our people no matter what tribal nations is standing with us to kill the Black Snake. This snake is not dead.

Now, we need a call out for trucks to help get these supplies to camp.

Thank you everyone who has sent supplies to help us. I’m sadden Red Warriors camp is gone. They were very important in our cause.

We must put egos, and difference aside. I’m glad the other camp name is All Nations Camp. It’s going to going to all of us as one nation together to come together as one.

If we can do this correctly we can bring all minority groups United as one nation. We must continue to protect Mother Earth

This is just one corner of the many warehouse rooms where the Standing Rock Sioux Tribe stockpiles donations. That were received in recent months. The boxes, marked by the senders of specific camps of water protectors, are in the process of being distributed. Tribal workers said the packages had been there since October. Kenny Frost, Ute Elder and Water Protector who made this public today said “It is important to note the tribe has more supplies they have not given out under the name of Standing Rock.”

Standing Rock Sioux Tribal Chairman David Archambault has been criticized for storing 80,000 packages intended for the protest encampments in a warehouse belonging to one of the tribe’s enterprises in Fort Yates. 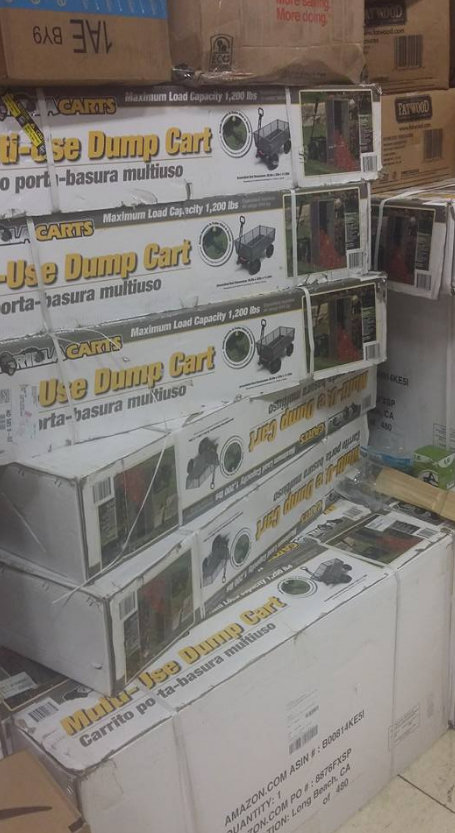